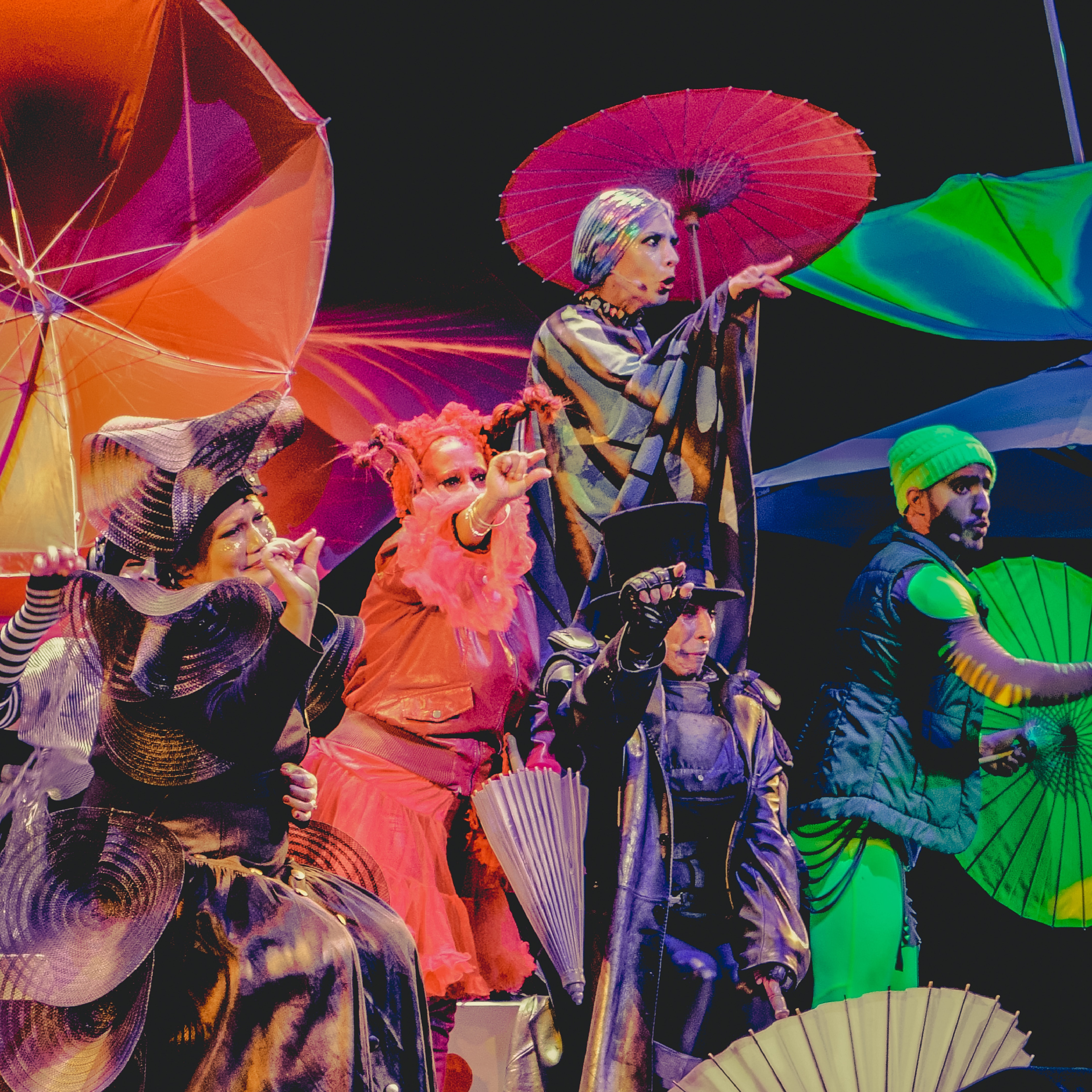 The 2022-23 Arts in the Parks series launches with this free performance of “Insectos y Bicharracos.”. A Spanish language children’s theater delightful who-done-it, featuring the mysterious disappearance of a delicious tart, and a party full of musicians and colorful costumed insects. The producer, Rita Rosa Ruesga, is a four-time Grammy award nominee who has reached thousands of children with musical projects for young audiences across Latin America, the Caribbean, the USA and beyond. Rita has produced several recordings of children’s music, for which she has received international acclaim, and has worked with such renowned artists as Celia Cruz and Ricky Martin, and others.

Produced by Rhythm Foundation and FUNDarte, as part of City of Miami Beach Arts in the Parks series.

This program is in Spanish, but the story can be easily followed by speakers of any language, and is appropriate for audiences of all ages.

Food & beverage are available for purchase at the show. The Bandshell is an open air covered venue, all programs are rain or shine. Any questions? info@miamibeachbandshell.com