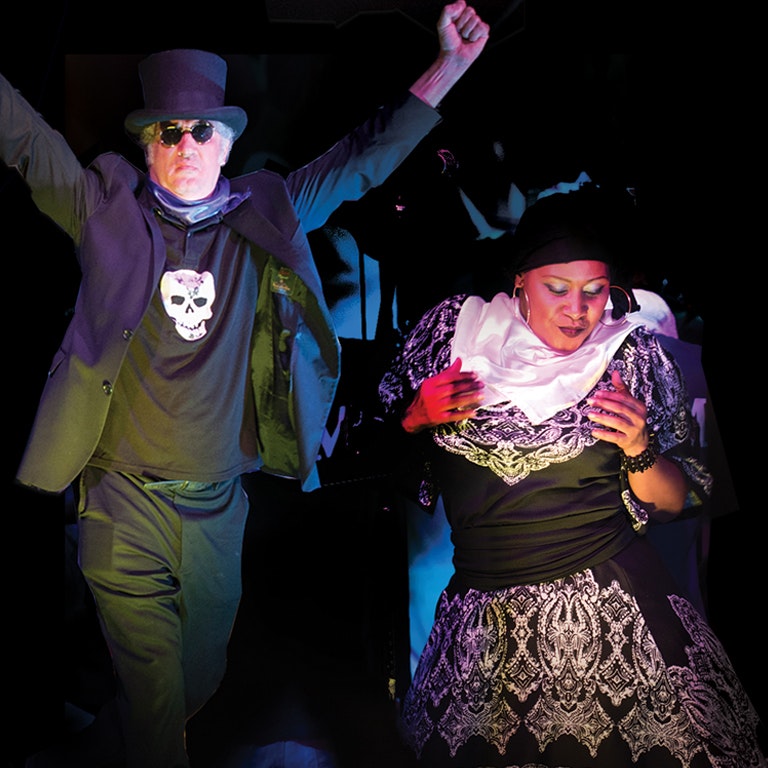 Voudou rock legends RAM are a mizik rasin (roots music) powerhouse Haitian band, who embody the joy and power of gede. Folkloric polyrhythms intertwine harmoniously with punk guitar riffs and Caribbean dance melodies, drums, and rara horns. Theirs is the sound of triumph over travail, a progressive vision of tradition, infusing Haitian rhythms kompa, rara, twoubadou, and vodou with rock.

Bandleader Richard Morse, a third generation musician (his mother was revered Haitian folk singer Emerante de Pradines), began his career as a student, playing in a New Wave band in 1970s New York City’s CBGB scene. He returned to Haiti as a young man and took over the Oloffson Hotel. RAM was born from his musical explorations with the hotel’s in-house musicians. RAM has now been playing groundbreaking Haitian music for nearly 30 years, building fans at home and worldwide. Their release for kanaval is an annual highlight in Haiti. The group also has become a featured part of Krewe du Kanaval, a New Orleans-based project by Arcade Fire’s Win Butler and Regine Chassagne with the iconic Preservation Hall Jazz Band.